What Are Chinese Homophones? 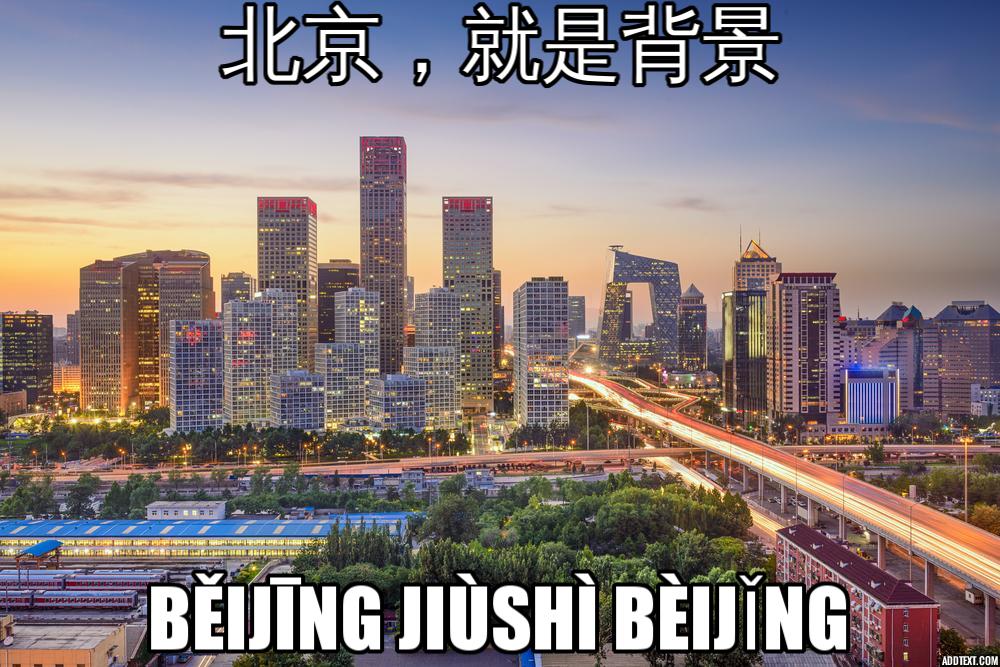 Because Chinese has only about 400 phonetic syllables, it is fairly common to encounter words with similar pronunciation, but different means and different characters (not to be confused with characters that have multiple pronunciations). In the sentence 北京就是背景, which means "Beijing is the setting,"  "Beijing" (北京 Běijīng) and "setting" (背景 bèijǐng), share the same pinyin. A speaker who has mastered the tones will have no problem hearing the difference between 北京 and 背景, but beginning learners often stumble over near homophones. The frequent occurrence of near-homophones in the Chinese language is not just something that captures the attention of beginning learners, however. Chinese homophones are a significant aspect of Chinese cultural customs, such as in the wordplay that the traditional comedic performance art crosstalk employs, and in various observances surrounding Chinese New Year.

Why Are Chinese Homophones Important?

If you were to type "" into a pinyin input system on your computer or device, it might give you almost 150 characters that all share that pinyin romanization. The system ranks the character choices in order of how frequently they are used in everyday conversation or in writing, and also takes into account the context of what has already been typed. Similarly, in spoken language, the listener must also pay close attention to the context to understand what is being said and know which words the speaker is likely to choose. Although four tones help determine which of the 150 characters the speaker means when they say, "," that still leaves almost 40 characters to choose from for each tone.

Chinese is unique in that context is very central to how meaning is communicated. A truly fluent speaker is able to understand the subtext of what is being said, which can include picking up on subtle meanings created by the use of homophones. One of the most famous foreigners to become fluent in Chinese was Mark Rowswell (大山 Dàshān), who was adept at the traditional comedic performing art called crosstalk (相声 xiàngsheng). Crosstalk usually features a two-speaker dialogue in which both speakers rapidly play off each other with puns and allusions and employs homophones as rhetorical devices. Although it evolved into a formal performing art in Beijing several hundred years ago, it remains one of the most popular elements of traditional Chinese culture, regularly appearing in CCTV's annual New Year's Gala since the 1980's.

In a famous crosstalk performance, Beijing master Ma Ji (马季 Mǎjì), whose name is an exact homophone of "horse racing season," met a Taiwanese counterpart onstage in Hong Kong. They opened by saying "Ma Ji came from Beijing to Hong Kong soon after horse racing season was over." Ma Ji then asked his counterpart where he is from, for which the answer was, "I come from Taipei." Ma Ji then replied, "I come from Tainan." The audience were at first confused because they knew Ma Ji was from Beijing, not the southern Taiwanese city of Tainan. However, when he explained that he meant he had come onto the stage from the south, they erupted with laughter. The character for "stage" (台 tái) also happens to be the first character in both Taipei (台北 Táiběi) and Tainan (台南 Táinán), which literally mean north (北 běi) and south (南 nán) Taiwan (台灣 Táiwān).

While the famous crosstalk between Ma Ji and his Taiwanese performing partner employed exact homophones (同音词 tóngyīncí), near homophones are just as important to understanding the subtleties of the language as exact ones. Near homophones, for example, are a common feature of Chinese loan words for foreign brand names, like Coca-Cola (可口可乐 Kěkǒukělè), whose literal meaning "delicious fun" also sounds like thirsty (渴 kě). The names of people and places can also employ homophones to make them seem . For example, a person with a surname "hao" might have a given name "" to sound like 好运气 (Hǎo yùnqì).

Related: How to Choose A Chinese Name

In China, cultural traditions can differ considerably from region to region, but the use of homophones is fairly widespread. One of the most common cultural customs derived from homophones or near homophones is the avoidance of the number four (四 sì) in gift-giving because of its likeness to "to die" (死 sǐ). Widely observed traditions surrounding Chinese New Year also derive their meaning from homophonic puns:

Related: Everything You Need To Know About The Year Of The Rooster

There are many words in Chinese that sound alike, but in actuality, the number of exact homophones (同音词 tóngyīncí) which are also compound characters is relatively small. Publishing Society in Beijing is responsible for the modernization and standardization of putonghua, clearing up confusion between words such as "cancer" (癌症 áizhèng) and "inflammation" (炎症 yánzhèng), which were both pronounced yánzhèng in the past. Hospitals now use áizhèng, and such standardization is necessary for technological advancements such as AI speech recognition to become a reality in China. Here is a list of some of the more common Mandarin identical homophones that still exist in the language:

(Note: This list is by no means exhaustive, but if you are still on your way to learning the 3,000 characters it takes to be able to read a newspaper, then you don't need to worry too much about 同音词 homophones. This list is mainly to provide examples of what 同音词 are.)

zhìfú: 制服 (to subdue; to check; uniform) and 制伏 (to overpower; to control)

Do homophones make Mandarin more difficult to learn, or do they make it easier to acquire new words through learning by association? Let us know what you think in the comments below.