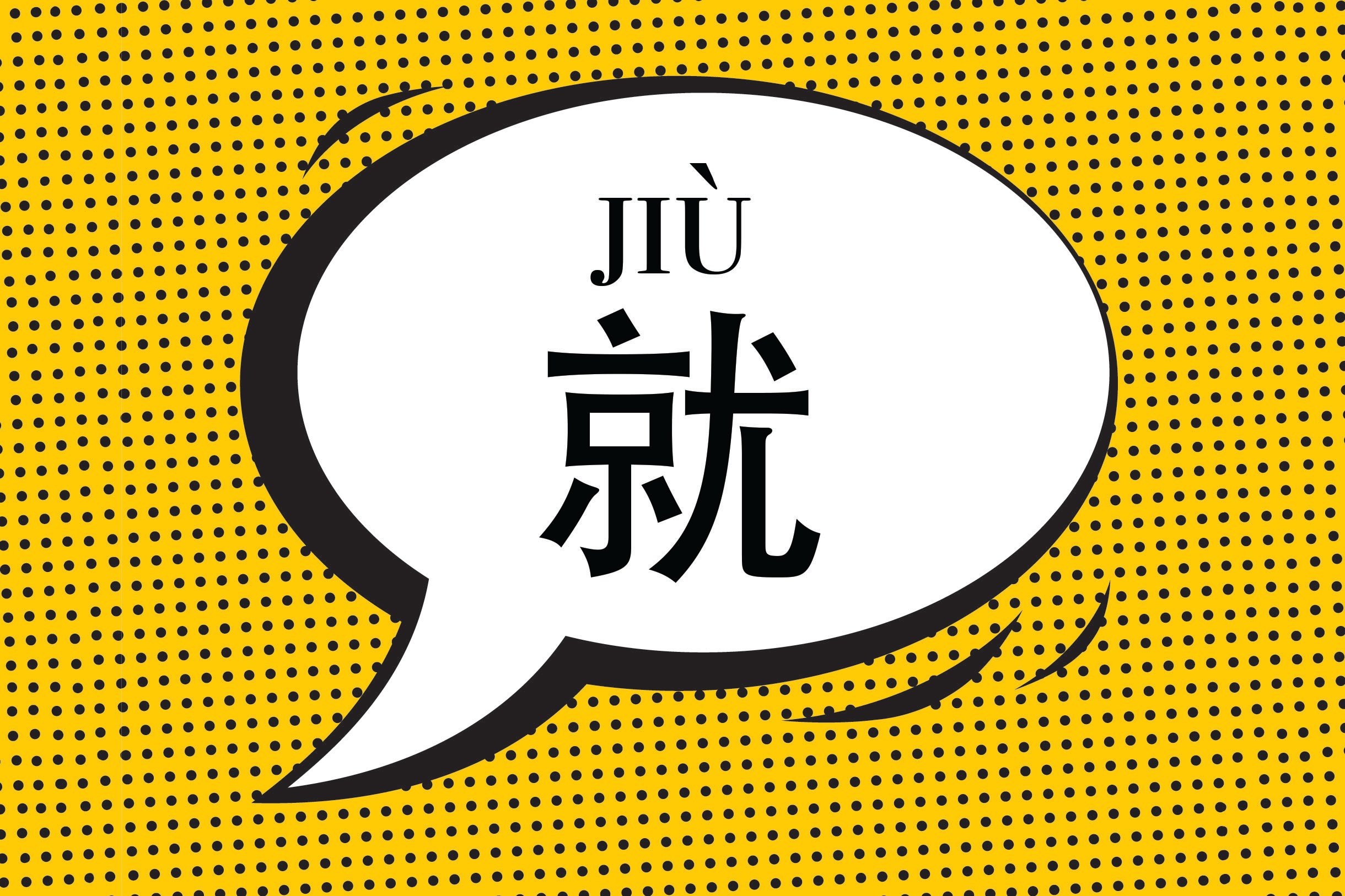 As a Chinese tutor, I often get questions from my students about how to use the word “就 (jiù)."

These questions, while seemingly simple, do not have a neat and easy answer.

"就" is one of those words that don't have a direct translation into English, and understanding it is all about using context clues. In this post, we cover a few of the common ways that "就" is used, and what the character means in each instance.

"就" is often used as an informal way to say “only” or “just,” emphasizing the “smallness” of the noun that comes after it.

In this case, "就" is almost used as a direct substitute for the phrase “只有 (zhǐ yǒu),” which means, “only have.”

Using the same example, if the speaker only said “我有两个 朋友 - I have two friends,” we would not know what he is trying to say aside from the plain fact that he has two friends. Is that a lot? Is that too few? We don’t know.

But by using "就" , we know that the speaker is trying to highlight the fact that having two friends is not a lot, or not enough.

"就" is also often used to show the immediacy of one action after another. Note that the second action must directly follow the first one for you to use "就".

Another way to translate this sentence is “as soon as I finished eating I came home,” with "就" meaning “as soon as.”

3. "就" as affirmation or emphasis

Sometimes, "就" is used to affirm or emphasize a certain action. In this case, "就" can be translated as “definitely.”

Note that using the "就" in this case makes the speaker sound stubborn and frankly, sounding like a bit of a brat. Many Chinese children will say this to their doting parents or grandparents who are trying to get their “little emperors” to eat more during meals.

Usually, the dialogue start with a simple “我不吃 - I won’t eat.” And upon the parents trying to further convince the child to eat, then it will escalate to “我就是不吃 - I definitely won’t eat.”

Similar to how "就" can mean “as soon as”, as seen in example #2, it can also imply how early an action is. In this context, "就" is the opposite of the word “才 (Cái),” which implies that an action is late.

Please note that in this context, there isn’t a perfect translation for “"就", but the presence of the character alone should tell you that she graduated from university early, even without the additional context clue of “she was eighteen.”

To see an opposite example, 她 二十五 岁才大学 毕业 (Tā èr shí wǔ suì cái dà xué bì yè) can be translated as “she was already twenty-five when she graduated from university.” In this case, “才” tells us that she was late to graduate from university.

Lastly, "就" can be use to express indifference towards someone else’s actions.

Note that there isn’t a perfect translation for "就" in this case either. The "就" is mainly used to add an attitude of “I don’t care.” The "就" implies indifference, as in “if you don’t eat, it doesn’t affect me.”

This sample sentence of “不吃就不吃” can be used by parents to feign indifference, after the child in example #3 says “我就是不吃.” All together, the conversation would be:

Is “就” a confusing word for you, too? What other ways have you seen “就” used? Let us know in the comments below!