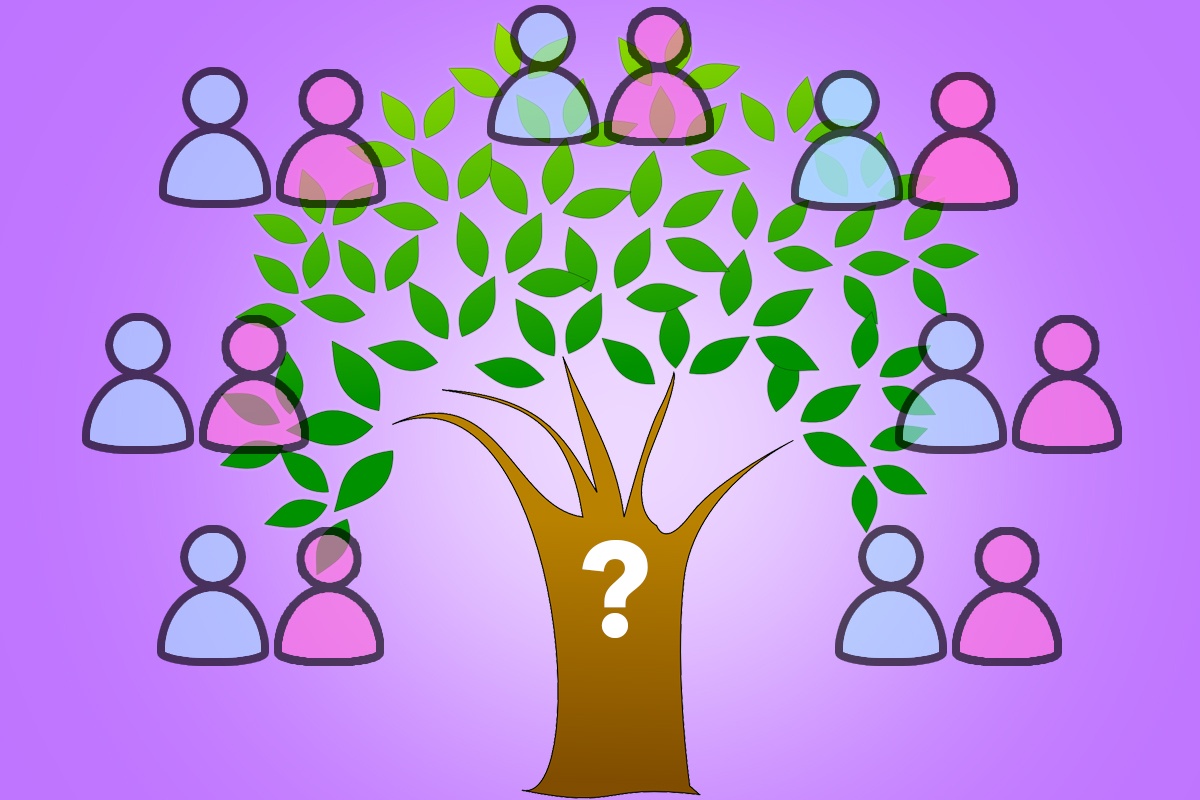 When I was growing up in China, before any weddings, parties, or family reunions, my mom always pulled me aside for an extensive study session.

“Jinna, what do you call my older brother?”

“Good…what do you call my older brother’s oldest son?”

The increasingly complicated quiz questions go on until we get to the party. I usually get completely lost by the time she asks me about her older brother’s youngest daughter’s daughter, and end up walking around the party parroting whatever kinship term my mother tells me to say (much to her dismay.)

In my defense, the Chinese family tree is really, really, ridiculously complicated. But why?

Why is the Chinese Family Tree so Complicated?

In English, we mainly have to keep track of two things when it comes to family: generation and gender. For example, you say “grandma” for both your grandmothers on your dad’s side or mom’s side. To make things even easier, blanket terms like “cousin” can cover any family member who is a son or daughter of one of your parents’ siblings.

In Chinese, things become a lot more nuanced. In addition to keeping track of generation and gender, other factors such as maternal vs. paternal lineage, relative age, and married vs. blood all need to be considered. In this sense, the term “cousin” can be split eight different ways based on mom’s side vs. dad’s side, gender, and relative age!

In addition to the complexity of it all, it is very important in Chinese culture to be able to address everyone by their correct kinship term as a sign of politeness and respect. Especially to the older generation, having children or grandchildren who are well-versed in kinship terms is something they can be truly proud of, and reflects well on their parenting skills. The pressure is on for everyone to get their terminology right.

If you are getting ready for your own Chinese family reunion, or if you just want to learn more about the intricacies of the Chinese family tree – read on for a quick refresher of Chinese kinship terms. 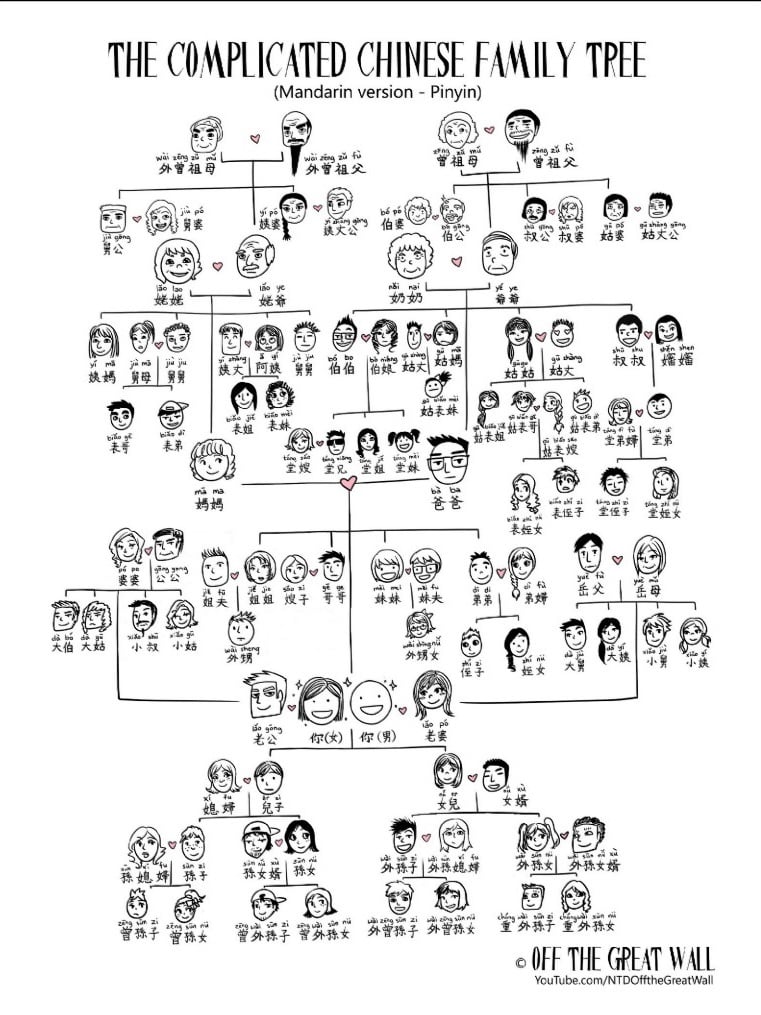 Multiple Siblings of the Same Gender

China recently abolished it's one-child policy, so what if you run into a situation where your relative has multiple siblings? Let's say for example, your mom has three younger sisters. How do you differentiate from all of them at family reunions? A common way to do this in Chinese would be to refer to the oldest as " 大姨 (dà yí)" and then refer to the second and third as "二姨 (èr yí) second aunt" and "三姨 (sān yí) third aunt" respectively.

To add to your befuddlement: depending on the dialect and region in China, some terms are slightly different. For example, some people prefer "姥姥 (lǎolao)" instead of "外婆 (wàipó)" for maternal grandmother. Let us know what terms you've heard in your family!

Confused? It is totally okay if you are. The Chinese family tree takes a long time and tons of repetition to learn, even for native Chinese speakers. The next time you find yourself struggling to remember the term for your dad’s younger sister’s husband, feel free to consult this article, or watch this nifty 4-minute video that sums up the complicated Chinese family tree.