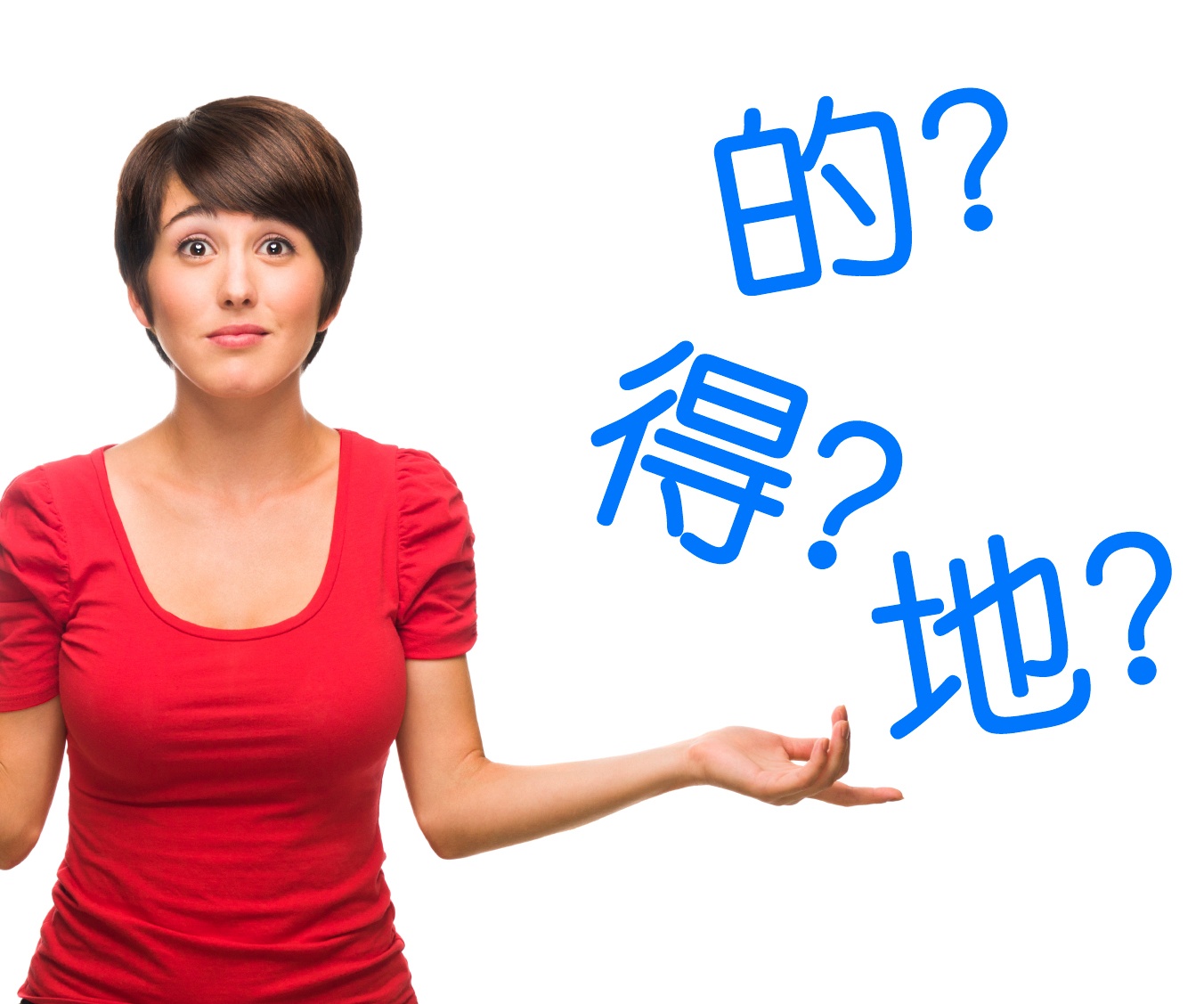 A while ago, we gave you a post explaining the three “ta"s (him, her, it) of Chinese. Today, we’re going to explain another holy trinity in Chinese grammar: the three “de” particles of Chinese.

These particles are some of the hardest components of Chinese grammar. Even native speakers often mix them up.

There are three de particles. They are all pronounced “de” with the neutral tone when used as a particle, which is why people can easily confuse them with one another. Similar to how “their, they’re, and there” are some of the most common typos in the English language, “的," "得," and "地” are also some of the most common grammar mistakes in Chinese.

Used as a noun modifier, “的 (de)” is most commonly used to indicate possession, such as the “’s” in English. As previously mentioned, “Sara’s house” would be "莎拉的房子 (Shā lā de fáng zi).”

“的 (de)” is also used in noun attribution, where it is placed between an adjective and a noun. For example:

Here are some basic structure formulas for you that cover most uses of the particle:

This “de” is usually placed after verbs in order to signify the outcome of that verb or to modify it. It is particularly tricky for English speakers because there’s no equivalent in English. An example of how 得 (de) can be used is:

Note how the 得 (de) particle came after the verb 唱 (Chàng), or “sing.”

It is also used as a potential complement, giving someone the ability to do something. For example:

Notice that when the sentence changes to “I can’t…” the 得 (de) particle is replaced by the negative word “不 (bù).” This is especially difficult to grasp.

Another way the 得 (de) particle is used is in comparison. For example:

When it’s not used as a particle 得 (de) is also used on it’s own as part of “得到 (dé dào)” or “to gain.” Here, it takes on the second tone, "dé." It can also be pronounced as “děi” with the third tone, where it then means “must.”
Here are some basic structure formulas for you:

This “de” particle is usually placed after adjectives in order to transform them into adverbs. It is most like the suffix “–ly” in English. It’s fairly straightforward. An example is:

Additional Tip: When adjectives are transformed into adverbs with “de” in Chinese, they are often repeated twice. 快 (Kuài) is “quick”, but when it’s attached to 地 it becomes “快快地 (Kuài kuài dì)” or literally, “Quick quick-ly.” Many adjectives do this in Chinese for emphasis purposes.

We hope those particles were helpful! Let us know if you have any other questions!