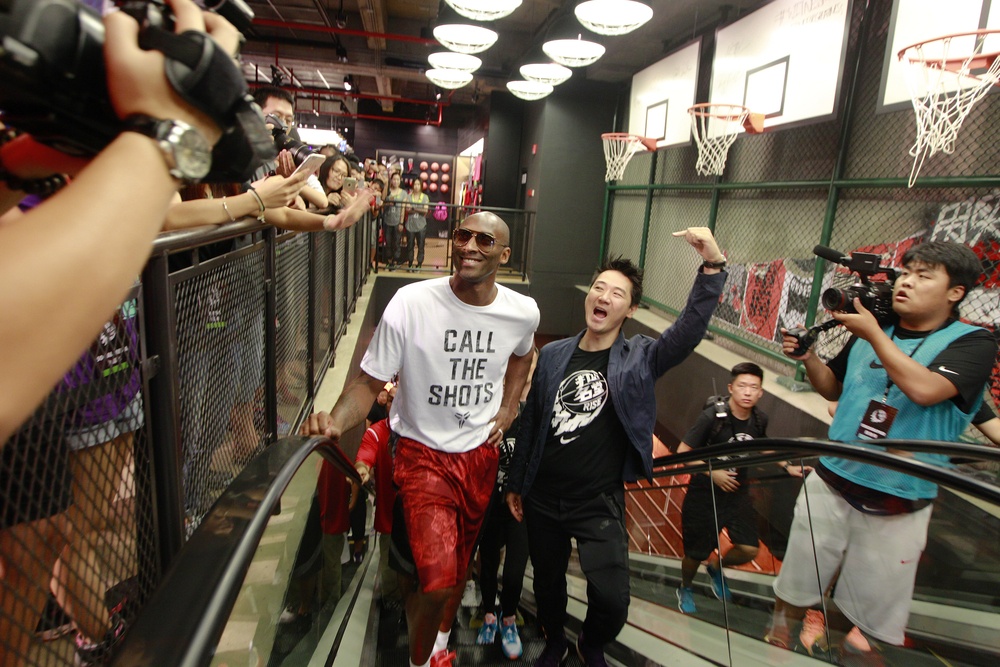 The Chinese Basketball Association (CBA) just elected Yao Ming (姚明 Yáomíng) as its head, making the most important figure in the history of Chinese basketball in charge of its future development. Yao (who happens to be TutorABC Chinese's very own spokesperson) was inducted into the NBA Hall of Fame last year not only for his performances as a but also for his work in bringing the US and China closer together through basketball. Today, there are over 300 million people in China registered to play basketball, and the Chinese market has become the most important international market for the NBA. The NBA is still more popular than the CBA even in China, partially because of its difficulties in fostering local talent. However, Yao Ming's election as head of the CBA change, as he is the first one in his position to be taken from a professional background rather than a bureaucratic government background.

Related: How Yao Ming Changed The Game For the NBA

CHINA'S ROLE IN THE GLOBALIZATION OF BASKETBALL

Basketball was a popular sport in China even before the NBA arrived, but it is due to the NBA's shrewd marketing strategies that it has had tremendous commercial success in China. While other American companies such as Google, Amazon, and Facebook have failed to successfully enter the market, the NBA makes 150 million of its 5.5 billion global revenue in China. In fact, it is largely due to China that basketball has become the most popular American sport internationally.

In an article on the NBA's market strategy, Wired suggests that the NBA should be an example to US media industries trying to enter the Chinese market, such as the film industry. It suggests that the NBA's decision to provide its content for free was a game-changing strategy that it took Silicon Valley another 20 years to catch onto. In 1987, NBA commissioner David Stern came to China offering the rights to broadcast live games for free to CCTV. The NBA became the first American media company to broadcast live in China, and as more TV stations across China began to emerge, the NBA was able to secure another 19 deals. The NBA also quickly adapted to the growing popularity of the Internet by providing live in-game statistics in Simplified Chinese. Jeffrey Towson, a professor of Asia investments at Peking University interviewed in article, says a pivotal moment came when Chinese nationals Wang Zhizhi and Yao Ming went to the NBA, a and a "consumer phenomenon" emerged.  Towson claims when Yao carried the Chinese flag during the 2008 Beijing Olympics, "he literally became the flag bearer of Chinese sports."

The NBA's social media was also critical to its success in China. When social became popular in China, the NBA created a Weibo (China's version of Twitter) account, which has now grown to over 32 million followers. The NBA also took advantage of an even more important development in the Chinese market, the explosion of the mobile Internet. It signed a deal with one of the China's most tech important companies, Tencent, which made live streaming NBA games available on an app that, as Towson puts it, "is on every phone in China."

History of the CBA: A StOry Of Rags to Riches 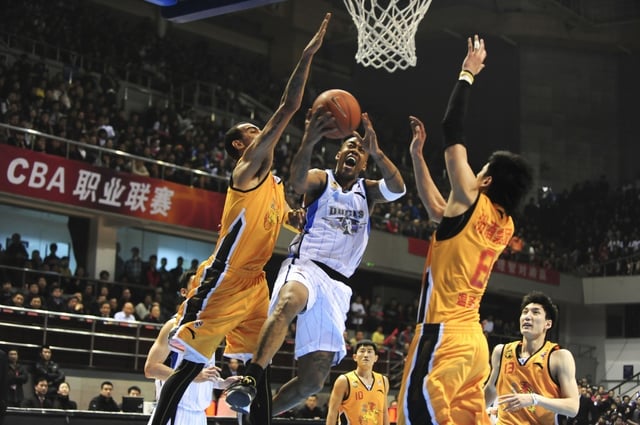 When John Spencer became the first foreign player allowed into the league in 1996, he was astounded at the conditions in which players trained and lived. Spencer remembers having to use squatting toilets for the first time, which he described as "the nastiest hell hole you could ever imagine." However, Spencer was impressed with the passion for the sport in China and relished the opportunity to play a big role in its development.

When Spencer arrived, the Chinese players relied mostly on technical skills like three-pointers, which were taught through precision training. What Spencer brought was physicality and flair to the game at a time when no players in the league were even dunking. He and other Americans who came after him also contributed to the development of "game IQ," something that cannot be taught through enforced repetition. In 1997, Chinese players were only making about $200 dollars a month, but the CBA paid Spencer $30,000 a month to bring him back for a second season. Spencer and other Americans who came after would not only change the sport of basketball in China, but also the entire business. The increased business prospects brought by exciting new American players added much-needed momentum to Chinese basketball programs. Kids in Chinese basketball programs were encouraged to pursue their passion by the "rags to riches" narrative that American stars were bringing to the CBA. Local talents Mengke Bateer, Adi Jiang, Yao Ming, Hu Weidong and Wang Zhizhi, collectively the all-time greatest in Chinese basketball, would all emerge from the period between the late 1990's and early 2000's.

The work Spencer and other early arrivals did for the CBA paved the way for the CBA to attract an increasing amount of NBA talent. In 2010, the million-dollar signings of Stephen Marbury and Steve Francis, which attracted a more serious crowd of spectators to the league. Even Marbury could not have imagined the impact he would have on the game, as a statue has been built in his honor, and plays and movies have been written to commemorate his contribution to the Beijing Ducks. Marbury's signing proved timely, as, in 2011, multiple NBA players went on strike in the NBA lockdown. Big names including J.R. Smith went to China on contracts of between one and three million dollars. The NBA lockout was a boon for the CBA, driving up television ratings, and basketball fans all around the world started to take the league more seriously.

However, since Yao Ming and Wang Zhizhi went to the NBA, few exciting local prospects have emerged from Chinese basketball with the exception of Jeremy Lin (林书豪 Línshūháo). While the contribution of foreign players from the NBA has been fundamental to the development of the sport in China, there has been concern that their dominance in the CBA has hindered the emergence of local talent. As a result, CBA teams are only allowed two foreign players per team, who must share between them a total of six quarters per game. In addition, a new rule has been introduced to limit teams to playing only one foreign player in the fourth quarter. The fourth quarter is usually when the top players make their biggest contributions. Chinese basketball authorities are concerned that foreign players become too much of a focal point in the fourth, causing Chinese players to play the role of middle relievers who work to maintain a lead until the foreign players come back in at the end of the game. Therefore, the competitiveness of the CBA as a league might be held back a little bit because of its focus on grooming local talent. 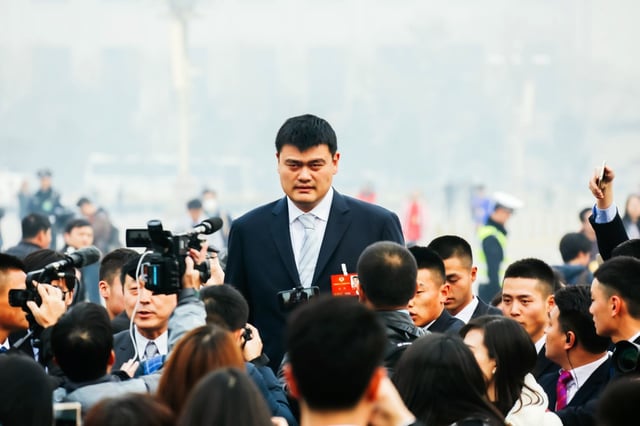 When Yao Ming took office this week, he said the key to moving forward will be to "reform the CBA league's management and operation." Yao is referring to a shift away from government leadership to more professional leadership, a change he represents personally as the first head of the CBA not to come from government background. He has proposed introducing more scientific training methods for individual teams, improving tactical education, and stepping up international exchanges with leagues outside of China.  Yao has emphasized the need to improve every aspect of the game, down to the youth leagues. One impediment to the success of Chinese basketball programs in international basketball could be the rigorous academic demands of the Chinese education system. Even after they get out of school (much later than students in the West), Chinese students may often be occupied with English tutoring lessons. The pressure on Chinese kids to succeed in school is indeed very high, making it more difficult to participate in athletics. However, Yao will seek to provide the kids who do put their efforts into athletics better resources and more professional training.

Yao Ming might be the perfect person to lead the CBA right now. As Chinese basketball's most iconic figure, he is personally invested in its success. Having got his career start with the Shanghai Sharks, a team which he now owns, Yao undoubtedly sees the domestic league as the key to improving China's national performance in basketball. "My personal expectation is to help the national team regain its form at the 2019 FIBA World Cup and 2020 Tokyo Olympics," Yao said when he was elected by unanimous vote to head the country's basketball governing body at the CBA's ninth national congress.