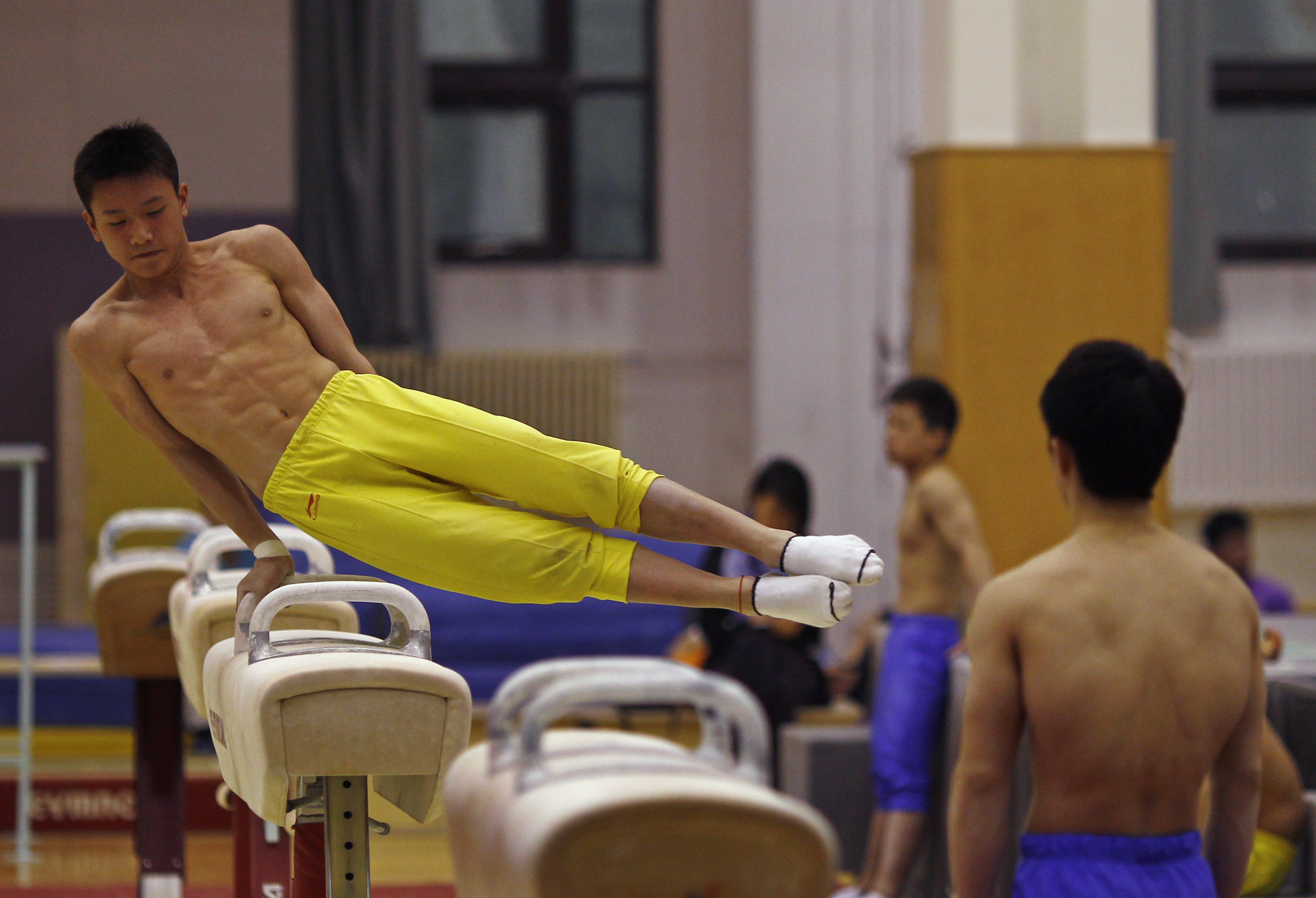 The chances of a Chinese kid in an Olympic training facility getting on the national team are about the same as an American high school senior football player making it into the NFL: one in a thousand. However, while American football players can still go to school like other kids, Chinese Olympic prospects are trained in separate schools. China’s education system is much different from the US education system, and kids don’t have as much time to participate in athletics because they have to concentrate on the highly competitive 高考 (gāokǎo) college entrance exams. To compensate for normal students’ unavailability to participate in sports training, China has built the world’s most expensive infrastructure of Olympic training centers. As the 2016 Summer Olympics in Rio approach, the successful products of these academies prepare to make a lifetime of training count towards helping their country overtake the US in the gold medal count.

Chinese government recruiters travel around the country to select children as young as five or six based on scientific indicators of their future Olympic potential. Physical attributes and projections about future body development are the first criteria used to judge the young athletes, followed by mental health condition and learning abilities. According to The Economist’s special report on these training facilities, there are 400,000 children attending Olympic schools across China. Parents entrust the care of their children to trainers in hopes that they will make their hometown famous and become a symbol of national pride. 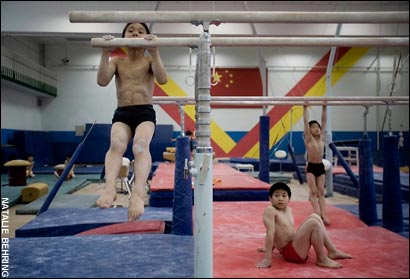 According to the coaches at these training institutions, beginning early is the key to future Olympic success. “If they can start when they are young, they will be able to adapt to the rigors of training later on,” says Shenchen, a training center coach interviewed in The Economist report. The kids undergo a strenuous training regimen aimed at making the most of their natural potential and getting them to the next level. The relentless focus on training which these intuitions impose on the kids at a young age has led critics to label the system as bordering on child abuse. Due to the seriousness of these training schools, kids don’t exactly grow up the same way as they do in normal schools. Chinese Olympic prospect Gao Lei says he “sacrificed his childhood” in order to compete. His personal sacrifice has brought him close to making the national team for Rio 2016, giving him a chance to realize his lifelong dream of winning the gold medal.

However, for athletes who don’t make it as far as Gao Lei, entering life in normal society can be harsh. Being drilled in physical training for their whole life leaves unsuccessful athletes at a huge disadvantage to their peers in competing for jobs. Even as he comes close to achieving his Olympic dream, Gao Lei expresses his envy of others who were able to study while growing up, whom he believes are much better equipped to survive in the real world.

Gao Lei is one of more than 51 thousand athletes housed at government training facilities, which are seemingly isolated from the world outside. Athletes at these institutions have little access to the outside world, reportedly being allowed to access the internet for only a short period each day, and too busy with their training programs to go outside and have a normal social life. In one case, Olympian Wu Minxia was kept from hearing about her grandmother’s death and her mom’s cancer diagnosis so that she would concentrate on the London Olympics, where she duly won a gold medal in diving.

What are your thoughts on the Chinese Olympic training facilities? Are they a form of cruel exploitation that deprives children of the chance to have normal lives, or are they the best chance for these kids to make the most of their potential and represent their nation? Let us know in the comments below.

WANT TO LEARN MORE? JOIN Us!