Chinese Movies You Need To Watch 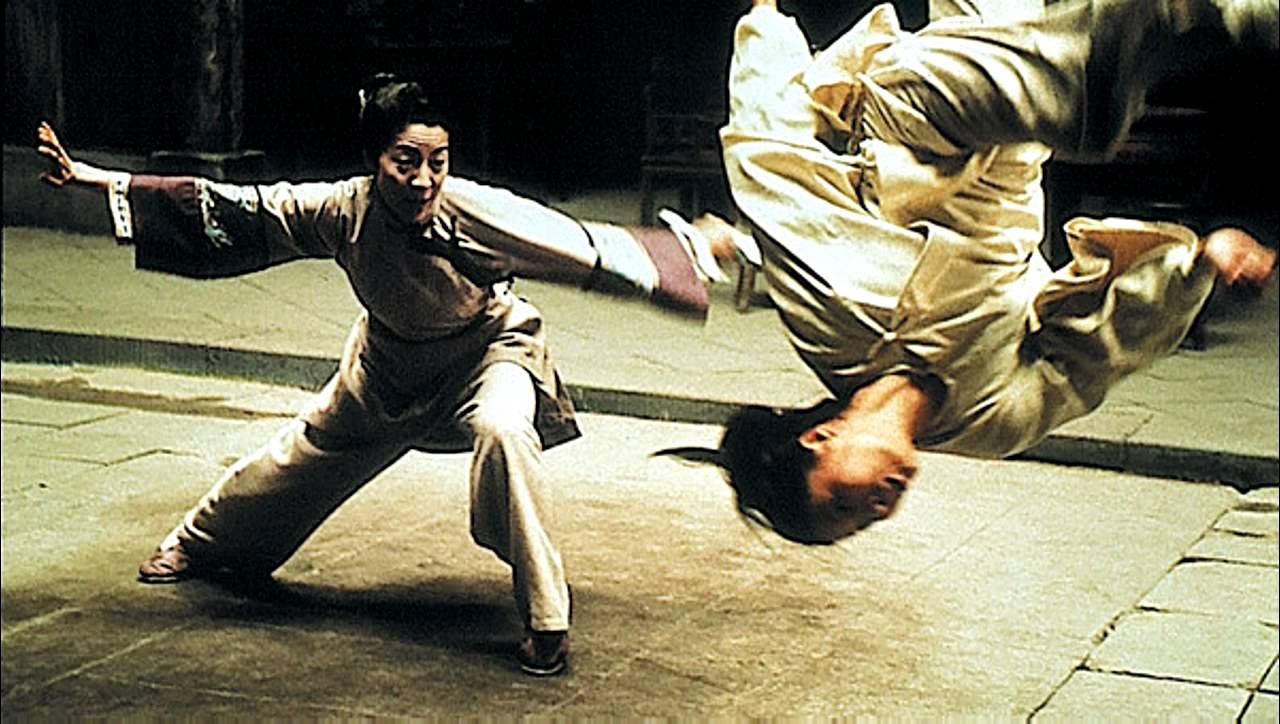 With the lack of diversity at this year’s Oscars being a hot topic, many have turned to examine how racially homogenous films are in the United States. In particular, we find the lack of Asian representation in Western cinema is a frustrating issue.

So, we decided to share some of our love for productions made on our own soil. We've complied a list of Chinese films that have achieve acclaim in Asian cinema. Not only are these films highly popular and recognized in the Asian community, but they show aspects of Chinese culture that Western films may not be able to deliver on. They also serve as a great learning opportunity for those interested in Chinese language and culture. 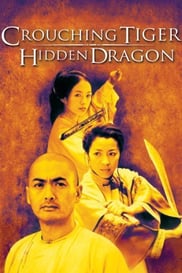 Directed by Ang Lee, perhaps the most well-known Asian director in the American film industry, this picture is one of the most recognizable Mandarin films. Winning over 40 awards, including Academy Awards (Best Foreign Language Film) and Golden Globes, this movie blends intense drama with unbelievable martial arts sequences, capturing the attention of audiences worldwide. Its plot, set in China’s Qing Dynasty, follows characters Li Mu Bai and Yu Shu Lien in their search of a stolen sword, the Green Destiny, along with conflicts met along the way. This film is known for being the first to introduce the Wuxia genre to Hollywood studios. Wuxia (武侠 ) is a genre in Chinese fiction or film centered around martial arts, with themes of heroism or chivalry.

Ang Lee has also directed Oscar winning films, such as Brokeback Mountain and Life of Pi, and other renowned Chinese films, like Pushing Hands (推手; tuī shǒu) and Lust, Caution (色戒; sè jiè). His films are known for exploring repressed emotions and conflicts between traditional and modern aspects of life. Detailing differences between Western and Eastern values within his films, Lee is acclaimed for dissolving cultural barriers and delivering messages about relationships to an international audience. 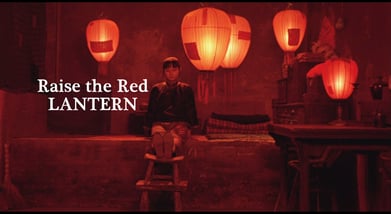 Set in the 1920s, this film gives a glimpse into complex family dynamics in wealthy Chinese families, following the struggles of a young concubine as she faces rigid tension and rules in a hierarchical household. Under the direction of Zhang Yimou, this piece is one of the best in its genre. It explores a society that normalizes two-facedness in an effort to subtly undermine others and advance one's status. As the concubines compete with each other for their husband’s attention, this movie shows the destructiveness of greed and envy, and how they consume families from the inside out.

Note: This is not a happy movie.

Also directed by Zhang Yimou, this film takes viewers out of the tense atmosphere within fractured households and into daily lives of the common people. This movie shows the consequences of war and its widespread effects on civilian life, critiquing various policies and practices of the Chinese Communist Party. As such, it was banned from airing in Mainland China. However, this film offers insight on how fickle fate is and how tenacious human determination can be.

The rise and fall of protagonist Xu Fugui’s life, from being a rich man’s son to a traveling puppeteer, reveal more existential elements about life. Some interpret these darker elements as social commentary on reality, taking off a viewer’s rose-tinted glasses to display aspects of life not commonly featured in popular culture. The power dynamic between the government and the people is mentioned as a force unsurpassable by the common people, and alludes to how there exists potholes and obstacles in life that one just cannot avoid. This is a great film that portrays a side of the historical and political landscape in China that is not told in history books. 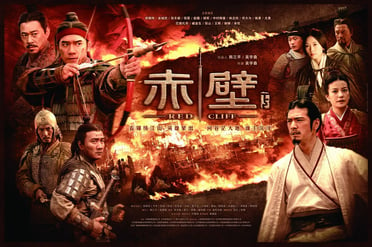 Set in a time period of the Three Kingdoms era, this film directed by John Woo offers viewers a dramatic interpretation of a turning point in China’s history. If you like historical films with flair, drama, and lots of action, this is the one for you. Before China was unified into one country it was a cluster of warring states, each baring their fangs and grasping for power at any given chance. (We mention stories of the warring states in many of our Chengyu fables, such as this one and this one.)

The battle of wits and tactics between Chancellor Cao Cao (曹操 cáo cāo)  and Liu Bei’s advisor Zhu Ge Liang (诸葛亮 zhū gě liàng) is perhaps the most notable of that period. Viewers are often wowed at how 赤壁 follows and presents these events in a way that attracts modern audience.

The Asian release of this film is split into two parts, and is over 4 hours long. The Western release is only 2 hours long.

Aside from being a historical epic, this film also boasts stunning cinematography and lavish action scenes that highlight the glory of China’s “medieval” period. You can check out the trailer below.

Of course, this is only a small sampling of many great Chinese films out there. We asked some of our Chinese tutors and team members for their favorites, and listed some of the honorable mentions below.

Let The Bullets Fly (让子弹飞, ràng zǐ dàn fēi)
This is an action-comedy set in the 1920s in China, where a bandit tries to convince a town that he is the mayor. It boasts witty dialogue and gratuitous explosions and violence.
“葛优 (the actor) is handsome without a doubt. It’s a big sack of clever, funny, and enjoyable.” – Elisabeth

On Lost Journey(人在囧途, rén zài jiǒng tú)
This comedy film tells the story of two mismatched companions trying to make their way home for the Chinese New Year celebrations (which is a hectic experience many Chinese people can relate to.)
“It’s a classic.” – Wayne

A World Without Thieves (天下无贼, tiān xià wú zéi)
A Hong Kong film adaptation of a novella of the same name, this action-drama film chronicles the story of a naïve boy who does not believe in thieves, traveling on a bus filled with con artists.
“The scenes are flashy, but what’s most interesting is the examination of the characters and their souls, or often lack thereof.” - Sara

Kung Fu Hustle (功夫, gōng fù)
One of Steven Chow's finest films, this movie is an action-comedy featuring plenty of martial arts. It follows the journey of an aspiring martial artist as he attempts to gain membership into one of the most powerful gangs in his town.
"It's a good story, entertaining, and hilarious." - Efrain

By watching these films, we hope you are able to practice your Chinese vocabulary and learn more about Chinese culture in a fun way! Share with us what other Chinese movies have caught your interest.