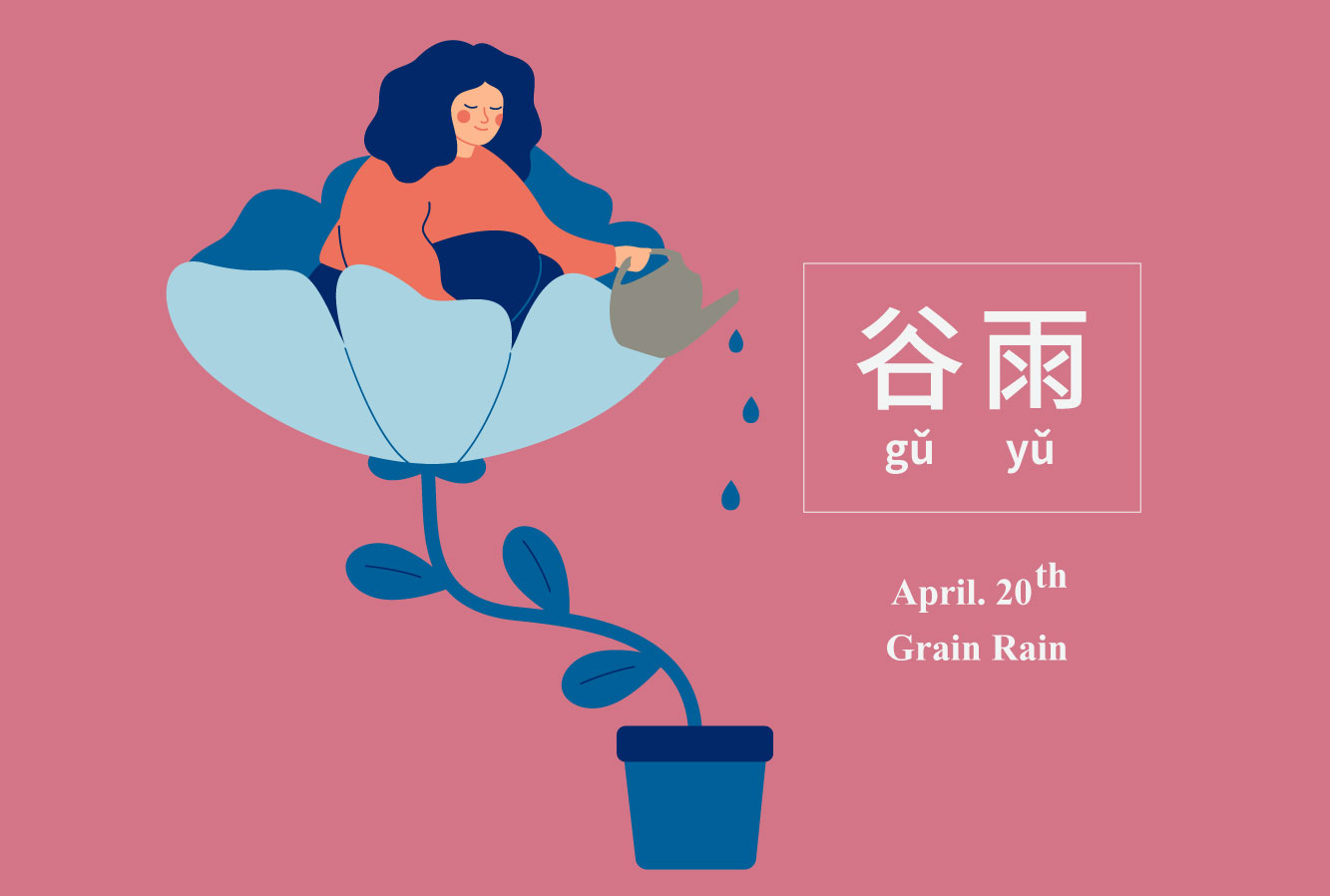 谷雨 Gǔ yǔ, Grain Rain, is the sixth solar term of the year which indicates the end of spring and the beginning of summer. The term 谷雨 literally means grain rain, and it was originated from Chinese literature, The Huainanzi 淮南子, that when Cangjie, a legendary historian of the Yellow Emperor, had successfully created Chinese characters, he did not ask for any rewards but prayed to the god of heaven, 上天 Shàng tiān , referred to the supreme god in ancient Chinese, that he hope people could stay away from hunger. The supreme god was touched by his kindness and promised him a rain of grain on the day.

April 20th is also set to be the Chinese Language Day by the United Nations to pay tribute to Cangjie.

The best tea-picking time for spring tea is between 清明 Qīng míng and 谷雨 Gǔ yǔ, and this practice is associated with an old custom of drinking spring tea observed across the southern parts of China on the day. People in northern China have completely different tradition that they eat 香椿 Xiāng chūn, Chinese toon or toona sinensis, which is one of the most commonly used ingredients in northern Chinese cuisine. 香椿 is renowned by its unique taste that some people might not appreciate its special controversial aroma, so it’s usually blended with other ingredients, such as scrambled eggs, tofu, or blended with ground pork to make stuffing in dumplings. There was an old Chinese saying that “toona sinensis before the rain is as tender as silk”.

Meanwhile, 海祭 Hǎi jì, sea worship, is observed in the coastal areas of northern China. Fishermen bring offerings and sacrifice to the god of sea, and we called it 渔民节 yú mín jié , The Fishermen’s Festival. This tradition of 渔民节 has been observed in fishing villages along the coast more than 2,000 years. People pray to the god of sea for safe trips and the harvest all year round. The first voyage of the year has also marked on the day of Grain Rain.

Meanwhile, according to TCM, summer is considered as the season associated with heart and small intestine, which are also the organs linked to the element Fire. As summer is approaching, eating vegetables in reddish color such as carrots, tomatoes, pumpkin, and red beans would benefit to the fire element, and so does your heart.