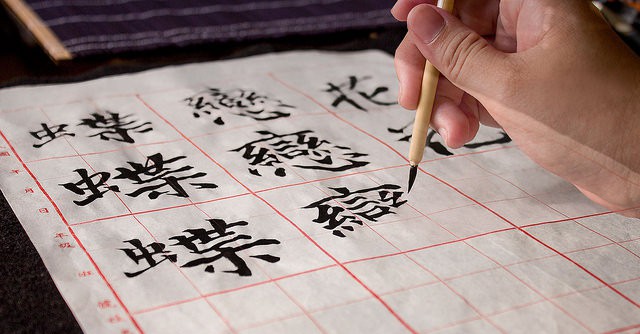 The short of it is that Chinese is a coveted skill and should be added to your repertoire. With China's rising economic power and rich heritage and culture, Mandarin Chinese will be increasingly useful in the coming years.

Learning a second language, any language, will always be a valuable investment of time and effort. Language-learning automatically stimulates the mind, helps you gain multi-tasking skills, and can even boost your intelligence. Besides having intellectual benefits, learning a new language can also be a gateway into a new culture, and allow for a better understanding of certain peoples and their customs.

1. NOT ALL LANGUAGES ARE CREATED EQUAL

With that being said, not all languages may be directly beneficial to you. It is important to choose to study a language that will remain relevant and useful in the coming years.

Mandarin Chinese is one such language. In the last decade, China’s economy has surged forth, causing it to become one of the leading world powers. China’s explosive growth had elevated Mandarin Chinese as a coveted language skill. Businesses looking for opportunities not only in China, but also in neighboring countries such as Taiwan, Singapore, Malaysia, etc., are now seeking to educate employees in Chinese. China itself has already been making strides to become more global, expanding overseas and gradually welcoming foreign companies into their economic landscape.

2. LEARNING CHINESE IS A STEP TOWARDS UNDERSTANDING THEIR CULTURE

For those people working in leadership roles or management positions in China, knowing Mandarin Chinese is exceedingly useful. Through the language you can facilitate a positive relationship with team members, better understand their viewpoints and break through cultural barriers.

Understanding and speaking Chinese is also one of the first steps of forming a CQ (cultural intelligence) in China, which is imperative to those doing business there. Having a CQ goes beyond the customary “你好,” and accepting a business card with two hands. There are subtle nuances in behavior that indicate levels of respect and dignity among the Chinese people, and those take time and patience to understand. Of course, any attempt to ease the cultural difference by speaking Chinese is well received.

The Chinese people have great pride in their culture and history, seeing as it one of the oldest civilizations in the world, with over 5,000 years of rich history. Not only will learning Chinese help you on your travels throughout the country, it will also open your eyes to a range of literature, poetry, and art.

3. CHINESE IS NOT AS DIFFICULT AS YOU MIGHT THINK

With that being said, why isn’t everyone learning Mandarin Chinese? Many people are often discouraged from learning Chinese because they think that it’s extremely difficult. This is a common misconception. While there are over 80,000 Chinese characters in the language, the truth is that native speakers only use around 3,500 characters in all their conversations. Furthermore, Chinese grammar is very straightforward: no plurals, no tenses, no subject-verb agreement, and no conjugations.

4. LEARNING CHINESE IS NOT A BORING ENDEAVOR

For those of you that worry learning Chinese may be boring, do not fear. The Chinese language is built like a puzzle. There is no other language quite like it. It is one of the only remaining modern languages that are purely pictographic. (Even Japanese, Korean, and Arabic rely on a form of alphabetical spelling.) It’s no wonder that Chinese calligraphy is still a popular art form. Each Chinese character is deliberately designed to have reflect a certain meaning, and by learning the language you will gradually pick up on the patterns between characters.

For many non-native learners, studying Chinese is about bridging a gap between two cultures. When it comes to the future, English will remain the world’s de facto international language, but Mandarin Chinese will have an increasingly ubiquitous presence, seeing as over 1 billion people in the world already speak it. With the ever-changing economic landscape and growth in China, learning Chinese is a smart and valuable investment, and a journey that you will not regret.