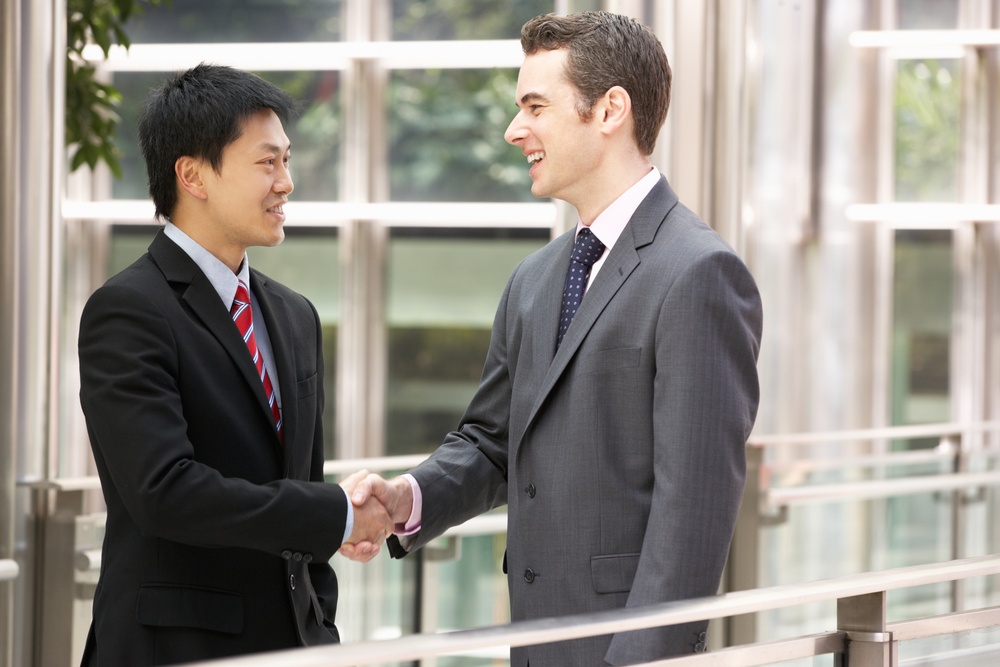 “Guanxi”(关系 guānxì) cannot be directly translated as "connections" or "networking" because of its deeper implications in the Chinese business world, as well as in Chinese society as a whole. While "guanxi" is an ancient and complex aspect of Chinese society that makes doing business in China seem intimidating, forming "guanxi" relations can be as simple as spending the time to get to know your business partners on a personal level. Having good "guanxi" is essential to doing long-term, profitable business or having a good career in China. In consideration of the importance of "guanxi" to business relations, let's look at six key aspects of "guanxi" that will help you understand how to intuitively feel your way through relations in China.

The modern-day practice of “Guanxi” reflects on thousands of years of business culture in China. Some historians argue that China experienced the first industrial revolution in the 12th century, during the Southern Song Dynasty, when steel production equaled that of late 18th century England and joint-stock companies appeared, 500 years before the Dutch East India Company sold its stock on the Amsterdam Stock Exchange. Long since the days Song Dynasty Emperors peacefully ruled from Hangzhou, the Chinese business community has gone through many episodes of political turmoil, relying on personal associations of trust and cooperation to cope with times of instability. In modern China, these traditions persist as an informal system for creating trust and confidence in the Chinese business world, where laws are less formally observed than in the West. "Guanxi" is the reason many informal business activities like shadow banking are able to exist as a potent force in China's modern economy.

“Guanxi” Isn’t All About Money

The most common misconception about “guanxi” in the West is that it is about bribery and direct offers of money. While money is one aspect of “guanxi” exchanges, "guanxi" is really about more about social currency than actual currency. Gestures of “guanxi” are meant to appear and have less to do with the business of the affair than bringing equilibrium to social relations. At the initial stages of a relationship, acts of "guanxi" usually take the form of gifts, outings of entertainment, sharing information, or even just treating someone with respect in situations when others might take advantage of them. Basically, if you want to do business with someone, you have to make gestures of friendship in order to establish a relationship before you can talk business. Acts of “guanxi” are meant to be diverse, so a direct exchange of cash usually isn’t the most savory way to curry favor.

While some Western business professionals might have some apprehension regarding the different business customs in China, building “guanxi” is very similar to making friends. Especially in the initial stages of a relationship, you won’t be asked any huge favors, and the task at hand is simply to get comfortable with potential partners or clients. If you like drinking, meeting your business partners could be very enjoyable because newly acquainted people usually build trust by demonstrating to consume alcohol with one another. Leave the "business first” mentality behind, and just relax and enjoy the break from normal office culture.

Chinese business culture revolves around trust, and reciprocity is essential to developing a credible reputation for yourself and your organization. Know that for every favor you receive, you will have to return a favor. Sometimes this will mean that if someone has given you a gift, he is hoping you will do them a favor in the near future. Failure to return a favor is a serious violation of trust, so should you receive a gift with the expectation that you will fulfill a request which you cannot accommodate, then you can quickly return a gift to the sender. In this situation, sending a gift to the other party as an apology or appeasement statement lets them know you would like to maintain the relationship. When relationships are developing smoothly, the exchange of favors does not have to be in kind, and favors do not have to be returned immediately. Again, acts of "guanxi" should be diverse, and appear to be voluntary.

To operate successfully in China, you will have to adopt a “you scratch my back, I’ll scratch yours” mentality. However, you should also be careful not to engage yourself in situations where you would not want to do the other party a favor. Chinese business people are reluctant to establish relations with people they or their relations don’t know. Once you enter into a relationship with someone, you are obliged to return favors. It important to be aware that in some cases, "guanxi" relations are one-sided, and adequately returning favors in this context may result in you receiving an invoice for twice the amount you had anticipated. Take care to listen to your Chinese business partners to gain a clear understanding of what it is that they are looking for. It might be necessary to have a local Chinese person guide you through "guanxi" decisions if you aren't able to discern what the other party wants yourself.

“Guanxi” is Built Over Time

Chinese business people are reluctant to establish relations with people they or their relations don’t know, and their view of business relationships is much more long-term. In order to be successful in China, you will have to meet partners more than two or three times outside of work, and maintain the gesture of friendship throughout the whole business deal. Doing business abroad can be unpredictable, so good “guanxi” is what businesses need when the time arises. Like good friends who stick it out through thick and thin, “guanxi” relations have a way of coming to each others’ aid in a timely manner, so it’s a good idea to not give up on any particular relationship. If you are trying to build relations within a particular industry, but do not know anyone in that industry, for example, your immediate relations and friends could prove valuable in connecting you with someone who can help. Try to establish frequent contact with anyone who is already in your network, as it is difficult to build “guanxi” without somehow already knowing somebody along the line.

“Guanxi” is Built on a Network of Relations

Due to its being directly translated as "connections," “guanxi” is often misunderstood as the relationship between two people, when it is really better understood as the way that a web of relations or circle of influence impacts relations between two people. “Guanxi” developed a network of trust based on the concept of face, which decides how much influence a particular individual has on the group. The concept of face helps to maintain trust and social order through networks of “guanxi” because if favors are taken advantage of and not returned, the offender will lose face with all members of the network. A breach of trust is an offense to the group just as it is to the offended individual, and could result in complete ostracism. In a BBC documentary on Chinese “guanxi” in business, one businessman describes “guanxi” as a social netting which functions in the same way as professional organizations and social programs in the West do.

“Another reason our business people connect together is that in China, the social systems, the government systems, are not really ready to support you. So what we are doing is helping when we connect together... It is easier for Chinese people to make friends because we do not really have too much privacy in our lives. Not like you, you always want to protect your privacy; we don’t want to.”

Perhaps part of the reason foreigners find the way that “guanxi” operates so confusing is that relationships are not exclusively about the relations between two people, but rather are inclusive of everyone who is associated with them. Even in a large organization with hundreds of people, the promotion or demotion of one senior member of the company who you do not even personally know could affect how people interact with you. While it may not have anything to do with you, the way people interact with you will depend on the respective “guanxi” networks within the company, and how they feel it is appropriate for them to react to the change given their relation to the senior member. It’s necessary to adjust oneself to thinking about situations in terms of a group understanding, rather than in terms of individual  while working with or in a Chinese company.

While it seems that business is all about who you know in China, the small talk and courting stage of relationships are transient compared to the actual favors that are exchanged between partners. As another businessman interviewed in the BBC documentary put it:

“'Guanxi' is thoughts and communication, but at the end of the day, it’s actions. It’s really like (being) the first person to put money in the bank. And it may be saying something nice, it may be doing something out of your way, and it may be when you’re in a deal together, you make sure you don’t take the last dollar off the table. The actions that you do, they mean even more than words and thoughts.”

As a Chinese businessman explained to me, the strength of “guanxi” is in the trust that exists between business partners, who are often very good personal friends. The value of deals he and his friends strike, he claims, would make their Western counterparts raise eyebrows at the amount of risk involved. But he and his friends can handle large deals which would be out of their league in other countries because they trust each other, and have known each other for years. While foreign companies are at a disadvantage coming into China without the stability enjoyed by partners in long-term relations, at the end of the day, Chinese companies are practical and will want to do business with you as long as you are bringing real value. Make sure to follow through with a gesture of goodwill during negotiations after initial pleasantries, and the long-term benefits will show.